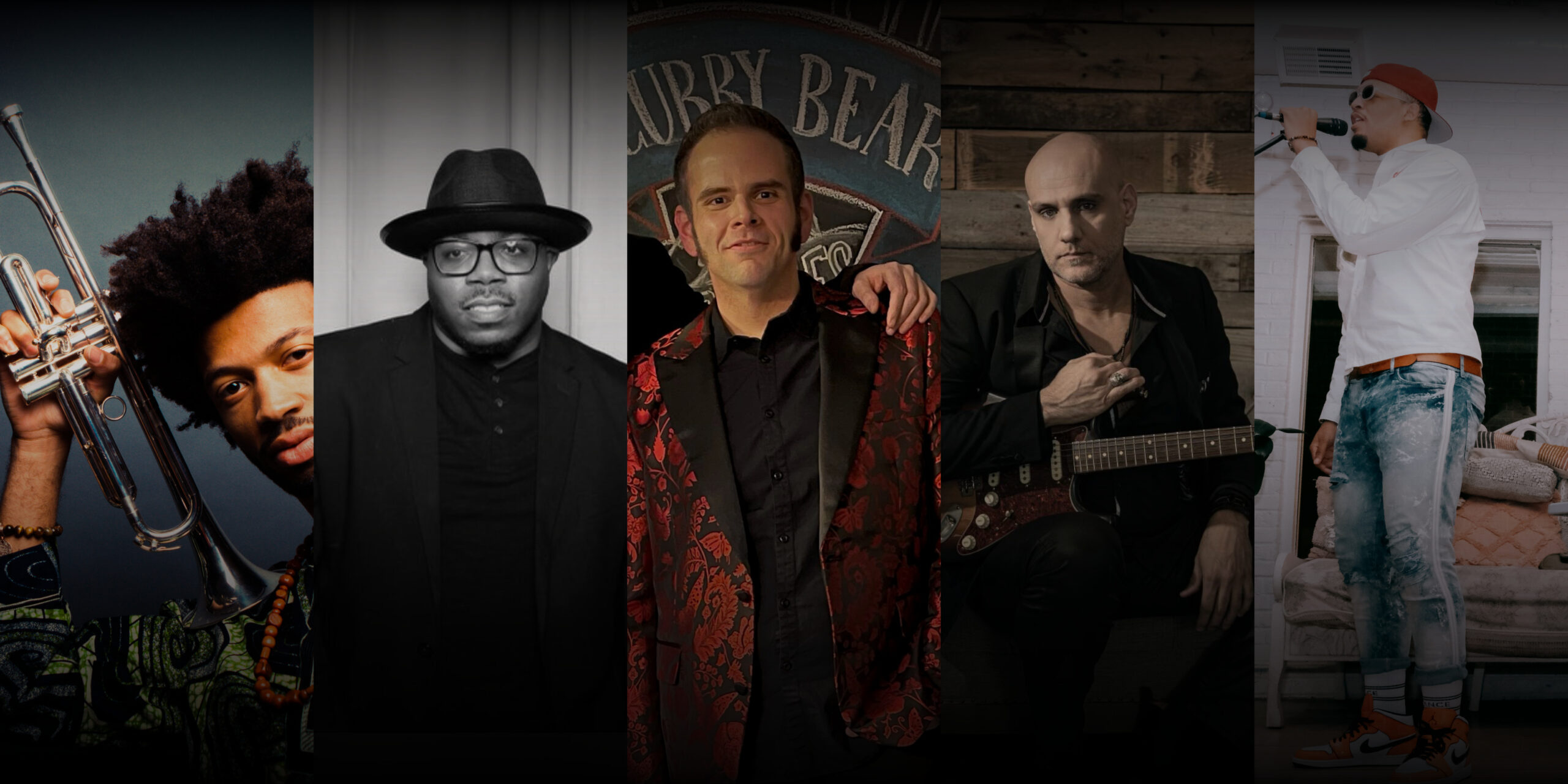 Trumpeter, vocalist and bandleader Sam Thousand moved from Houston, TX to Chicago in 2009, studying music at Columbia College Chicago and immersing himself in the city’s thriving music scene. More than a decade later, he’s a regular at Chicago venues like the Promontory, Untitled Supper Club and the California Clipper, playing with a rotating cast of local musicians. Sam Thousand headlines the launch of the Goose Island summer concert series on Time Out Market Chicago’s patio, performing original compositions and interpretations of familiar funk, soul and R&B tunes.

Founded in 2003, Verzatile Band is an elite group of Chicago-based musicians who have joined forces to bring an exceptionally unique and exhilarating live music experience. From R&B and Hip Hop to Classic Rock and Top 10 pop, their style is uniquely “Verzatile”. The group’s debut performance on Time Out Market Chicago’s patio, is presented as part of the Goose Island summer concert series.

High Supply is an electro pop band based in Chicago, Illinois that perform regularly at a variety of venues throughout the city. Made up of local musicians – Fior, ScottieOhMy and Matthew Nolan came together in mid 2021 to blend their unique individual styles and tastes. The band has a distinct live looping performance style that is not only entertaining but also uses textures and effects to create a poppy upbeat vibe. Sheesh is currently working on recording their first original EP, set to release later this year. The group’s debut performance on Time Out Market Chicago’s patio, is presented as part of the Goose Island summer concert series.

Damian Rivero is an Argentinian-born musician and singer/songwriter based in Chicago. His first full-length album, “Daman Rivero,” was signed to Warner Music, leading to extensive tours throughout Mexico, Argentina, and the United States. He has recently released his follow-up album, “Con El Diabloe En El Hombro, which was mixed by Grammy-winning engineer Jon Fausty and co-produced by Latin-Grammy nominee Mauricio Figueroa. The group’s debut performance on Time Out Market Chicago’s patio, is presented as part of the Goose Island summer concert series.

The Moonshine Bros. Duo formed while working in their current full bad Whiskey Thunder. Transcending genres and musical styles, the Moonshine Brothers are fearless genre bending fun. In 2019 the Brothers brought on some of the hottest players in the Chicago music scene to form the All Star Band. From Louisville to Las Vegas the Moonshine Brothers bring the heat to the Time Out Market Chicago patio as a part of the Goose Island Summer Music Series! Drink specials at our patio bar *specials change weekly
SHARE