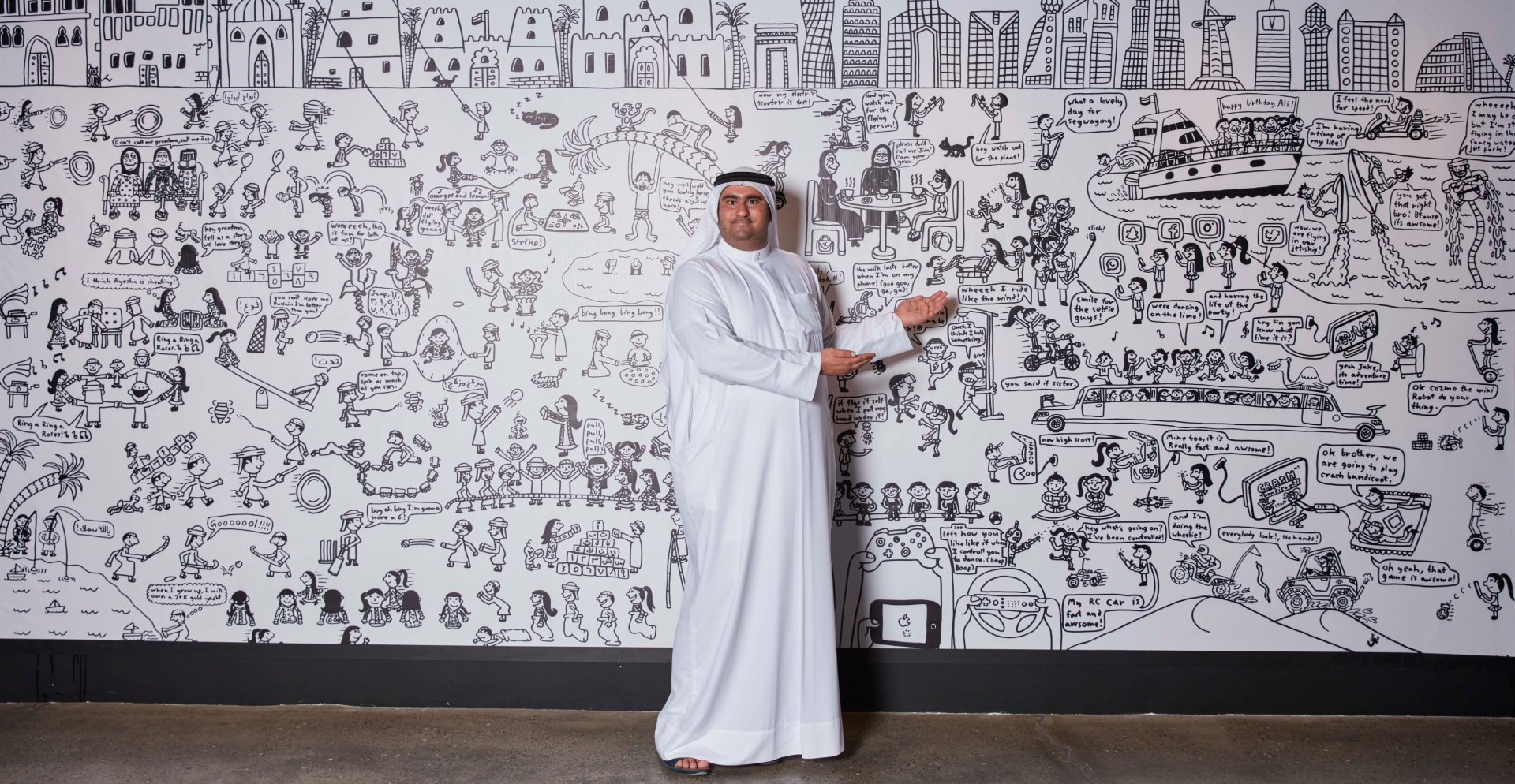 Time Out Market Dubai is proud to unveil a new mural featuring two artworks by Emirati artist Abdulla Lutfi! With two monochromatic creations proudly installed at the Market, visitors are sure to be amazed by the detailed work that signifies the importance of the city’s roots as well as how far it has come. Depicting the old and new Dubai, the artworks have one common aspect – the community coming together to enjoy what the city has to offer, just what Time Out Market Dubai is all about. Abdulla Lufti’s two artworks at Time Out Market Dubai represent the growth and innovation which the city has experienced and just how gracefully the community has accepted and adapted to it. The first illustration embodies the innocence of the city, taking viewers right back to how old Dubai used to be. With the depiction of children playing games that hold memories close to home and the long-standing Middle Eastern architecture, the art represents a period of simplicity in social interactions, activities, and environment. The second illustration shows progress, depicting not only the Dubai landscape but also how society is interacting in an era of rapid technological advancement and vast entertainment choices. Also represented are some of the most iconic tourist destinations such as the Burj Khalifa, Burj Al Arab, and Dubai Frame, showing how far along Dubai has come. Guests can travel across time with these mesmerising, intricate and detailed pieces of art which are now grandly installed on Time Out Market Dubai’s mural wall next to the Fountain Bar near The Stage.
SHARE