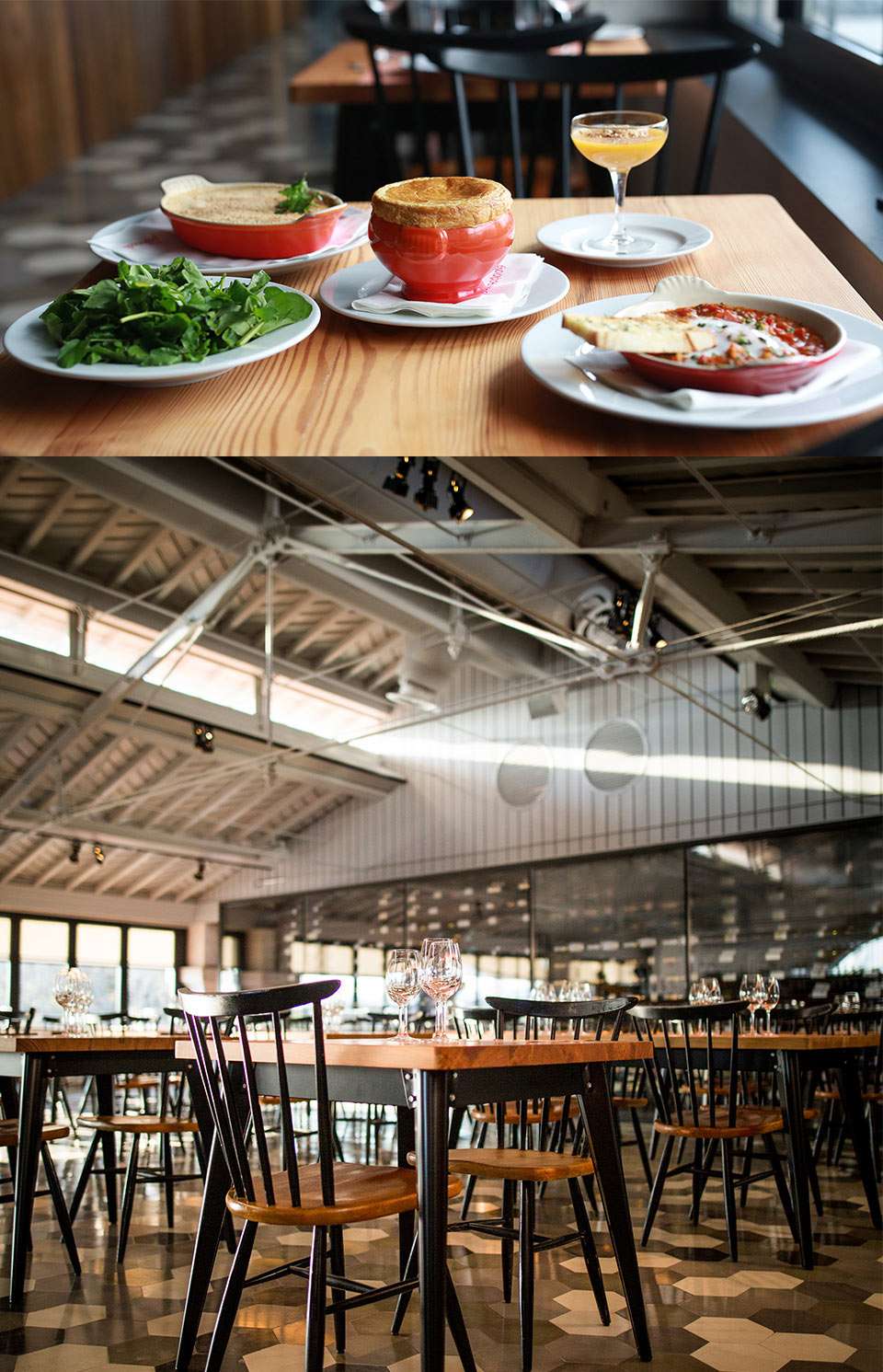 One of Lisbon’s classic restaurants, in business for more than 35 years.

Thirty five years ago, the Bairro Alto was seen as the heart of the city, the place where everyone (or everyone who was anyone) wanted to be. Today it has been somewhat put in the shade by Cais do Sodré. So, with no hard feelings, Pap’Açôrda, one of Lisbon’s most iconic restaurants, has packed up and moved out – to a larger space on the first floor of the Time Out Market.

Along with the team has come the chandelier, the famous bowl of chocolate mousse and other house classics, but also many new developments.

First of all, there had to be some changes made in a space that is twice the size of the original, as well as taking steps to update to 2016 a restaurant that was founded in 1980s, without this resulting in any loss of identity or quality. With about 800 square metres between two dining rooms – one of them for smokers – and two bars, the new Pap’açorda has 150 seated places and another 25 at the counter.

Still overseeing the kitchen is Chef Manuela Brandão, who has had the job for 33 years (which is also his age, obviously). His hands still prepare house classics such as the açordas (traditional bread soups) and arroz de cabidela (rice and chicken cooked in its own blood), as well as fancier dishes such as breaded lamb chops with creamed spinach. Where the new developments are concerned the most important one is, curiously, the dishes’ format. There are more small plates to share and new dishes such empadão de sapateira com salada de agrião (shepherd’s pie made with crab, served with watercress salad – €23), tomatada de ovo escalfado (a tomato stew topped with a poached egg – €5.50) and the sopa folhada de mexilhão (mussels soup under a flaky pastry crust – €7.50) An enormous glass-walled wine store with some 500 bottles of Portuguese wine serves the whole restaurant. In the two bars, the stress is on the rum and Tequila cocktails, as well as gins.

Another change from the old Rua da Atalaia premises are the extended opening hours. Down in the Ribeira, the Pap’açorda kitchen works round the clock, so that if anyone wants to drop in at 5pm for rice with cockles and a beer, or meat pasties and a cocktail, they can do it with no problem.“