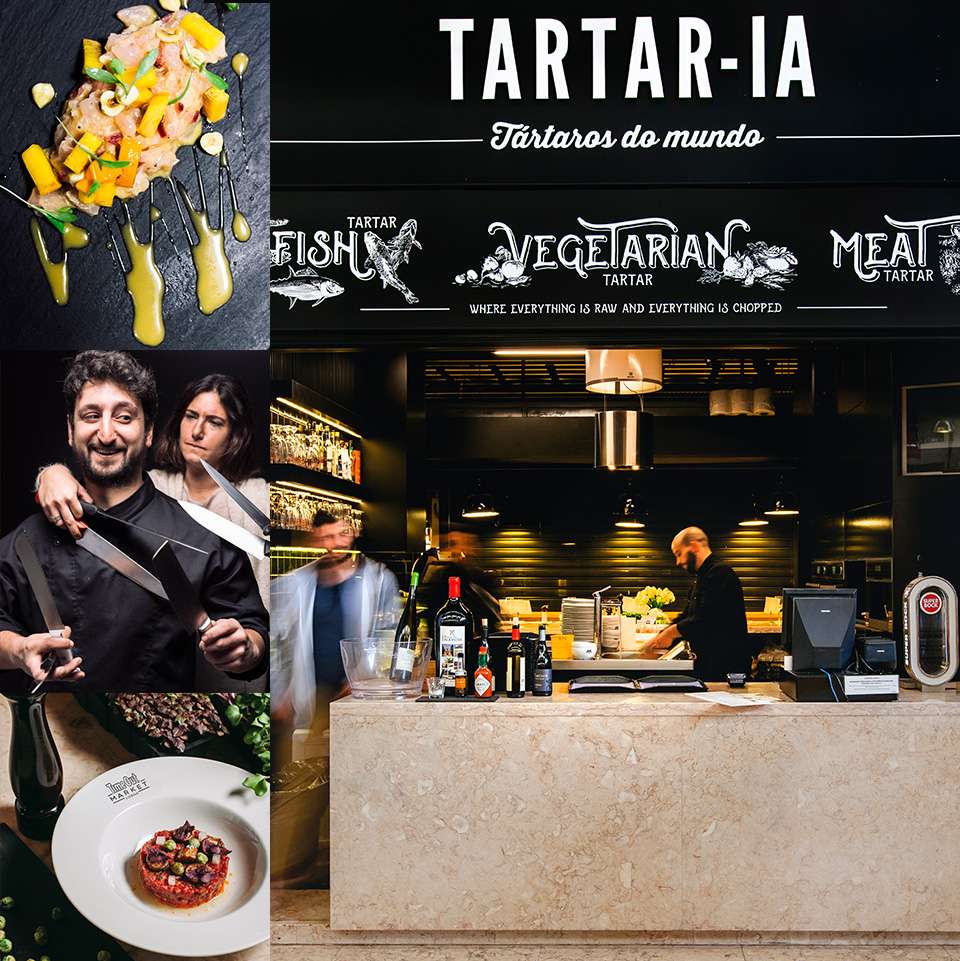 Meat, fish and vegetarian tartares. Created by the team from the famous Algarve restaurant Vila Joya (which was the first in Portugal with two Michelin stars), this project is the perfect blend of haute cuisine experience with the practical and laidback atmosphere of the Mercado da Ribeira. With flavours that range from salmon, tuna and herring to veal, there are tartars for all tastes. If you are keen to sample more, every month they bring in a new tartare and a limited edition dreamed up by a famous chef.

Time Out says “Upmarket tartares, made with upmarket ingredients, using upmarket techniques, for the most upmarket of meals at the Mercado da Ribeira.”

The fact that Tartar-ia now has an ‘Asian tartare’ featuring Oriental flavours on its menu is the happy result of the popularity of what was originally a temporary offer. Created by Austrian Peter Schachermayer, guest chef in August of 2014, it was such a success that it made it onto the permanent menu. The serving for one person contains 150 grammes of pojadouro (top round), cleaned, chopped and then minced, seasoned with chopped coriander, sesame oil, Becel, sweet and sour sauce, pepper, salt and a dash of Tabasco. The meat is then mixed on the serving dish with shitake mushrooms that have been confited in a frying pan with piri piri, olive oil and rosemary; with a daikon (a Japanese radish that can be bought fresh) previously marinated in rice vinegar and sugar; with wasabi peas; with fresh foie gras, slightly seared; and also with a dashi sauce (made with flakes of bonito tuna, kombu seaweed, water, sesame oil, sake, soy sauce and ponzu (a citrus-based sauce). Decorate with edible flowers.