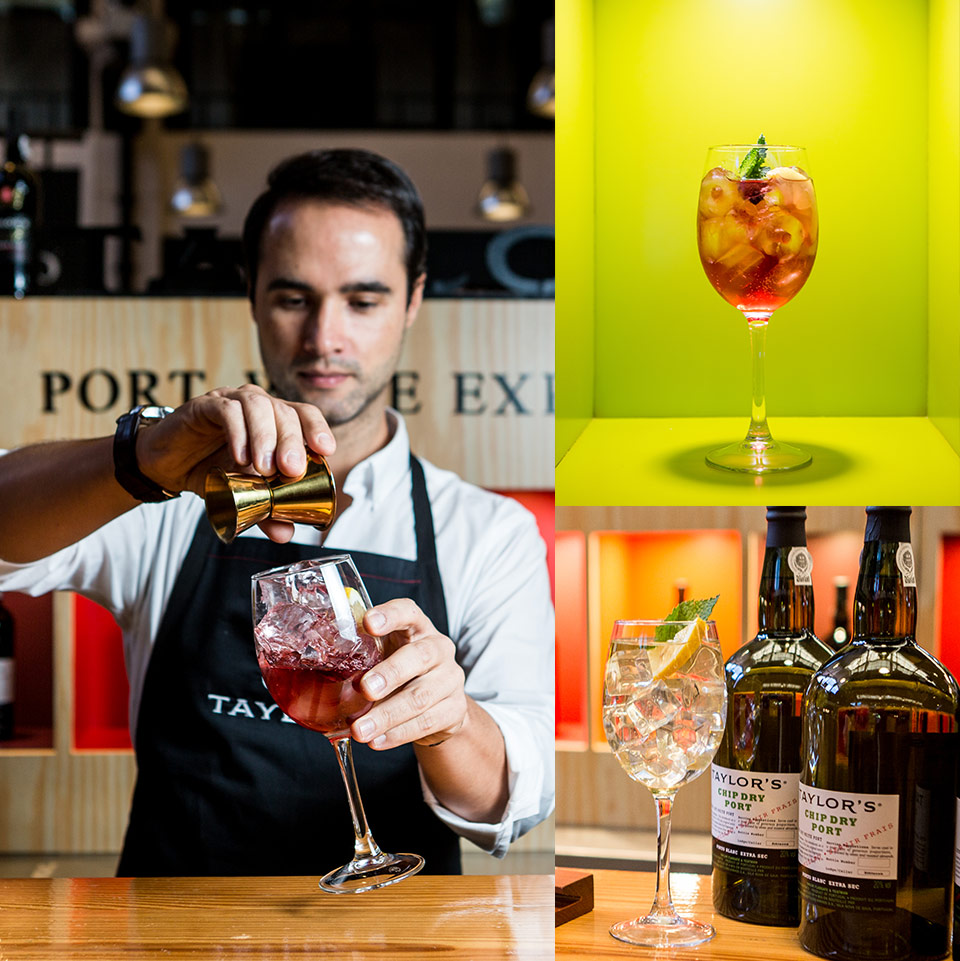 The kiosk to sample port wine from one of the oldest brands.

The kiosk set up by Taylor’s, one of the oldest of the port wine houses, has a mission: to give Portuguese and foreign visitors to the market an idea of the enormous variety of ports, each with its own characteristics. So they have brought in several rare ones that may be sampled by the glass, but also as part of tastings of several ports – drier or fuitier, younger or well aged. And to prove that despite its 325 years port is bang up to date, there are also two cocktails (€7) on offer at the kiosk: a Porto tónico (white port and tonic water) and a Pink tónico (the rosé variant).
SHARE