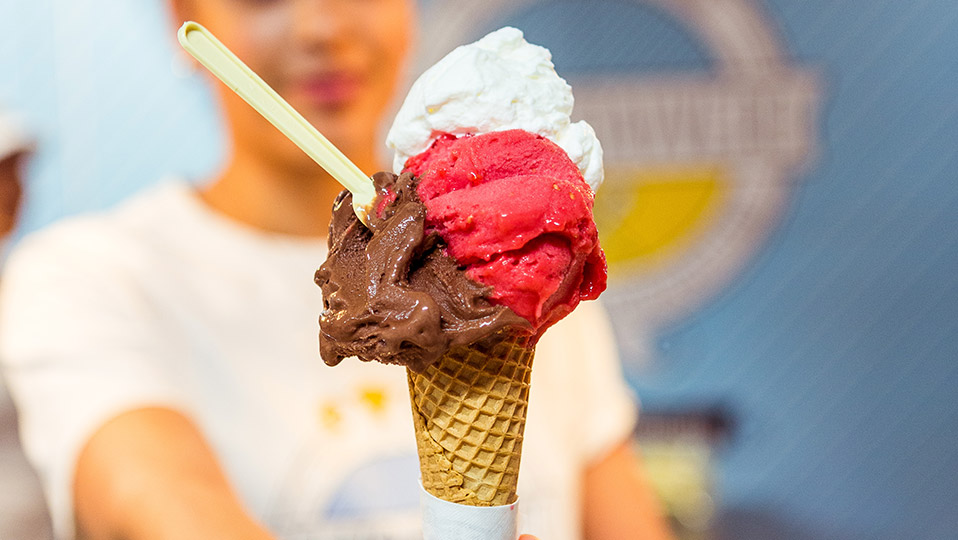 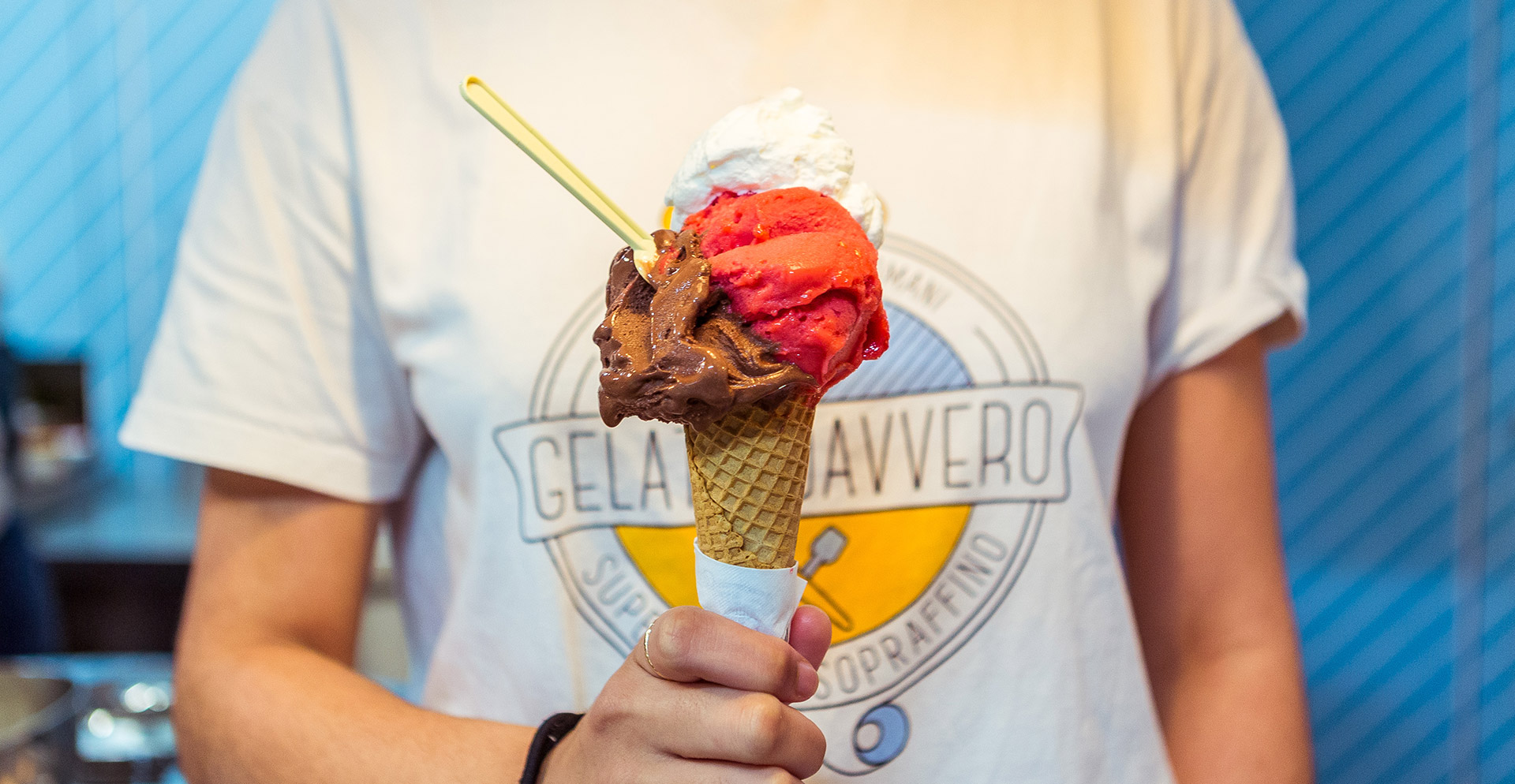 Fresh news: Davvero has opened in the Market

Whoever said you should not eat ice cream in winter does not know Gelato Davvero. In the depths of winter, they have just opened a new stall in the Time Out Market food hall. When they opened their first outlet selling Italian-style artisanal ices in 2015, they came close to changing the name of the Praça de São Paulo, in Lisbon’s Cais do Sodré neighbourhood, into the Piazza di San Paolo, such were the queues that formed at the door. They quickly outgrew the small space so moved the brand’s headquarters half a kilometre west to Santos, now home of both store and factory. Now, the Lisbon brand created by Italians Filippo Licitra and Riccardo Farabegoli is preparing to reconquer the Cais do Sodré neighborhood with their arrival in the Time Out Market. In 1997 Riccardo came to live in Lisbon to work in graphic design and advertising. Filippo arrived in 2009 to open Nannarella, where Riccardo also worked for a time. In 2015, Riccardo and Filippo jointed forces and opened Davvero in the Praça de São Paulo. The success of their artisanal ices was immediate. They are made without colouring, preservatives or any other chemicals – only natural stabilisers are used such as carob flour or guar – and with fresh milk and cream. The sorbets are all made with fresh seasonal fruit, much of it bought in the Mercado da Ribeira market hall where the Time Out Market is housed. In the winter they offer persimmon, pomegranate and chestnut, but certainly no peach or cantaloupe. Virtually all the ingredients are from Portugal, such as the ricotta (requeijão in Portuguese) from the rural Alentejo that they use to make their ricotta, honey and walnuts flavour. From Italy come the hazelnuts, pine nuts, pistachios and almonds. In the Time Out Market, in terms of flavours the new stall will have 20 fixtures plus five that change every week, including bestsellers such as pistachio, ricotta and walnut, basil, salted caramel, hazelnut and cream, as well as classics such as chocolate and strawberry. All are served with a mini-spatula and with whipped cream on top. As well as the ices, the space in the Market will have classic sundaes such as banana split and the Primavera (Spring), three desserts such as tiramisu, a brownie that can be mixed with ice cream, and affogatto, which combines ice cream with coffee. “We have a Portuguese pastry chef who makes Italian desserts better than many Italians,” reports Riccardo. The new stall is now open and starting to add to the 500 kilo or so of ices that Davvero produces per day – or double that in summer.
SHARE