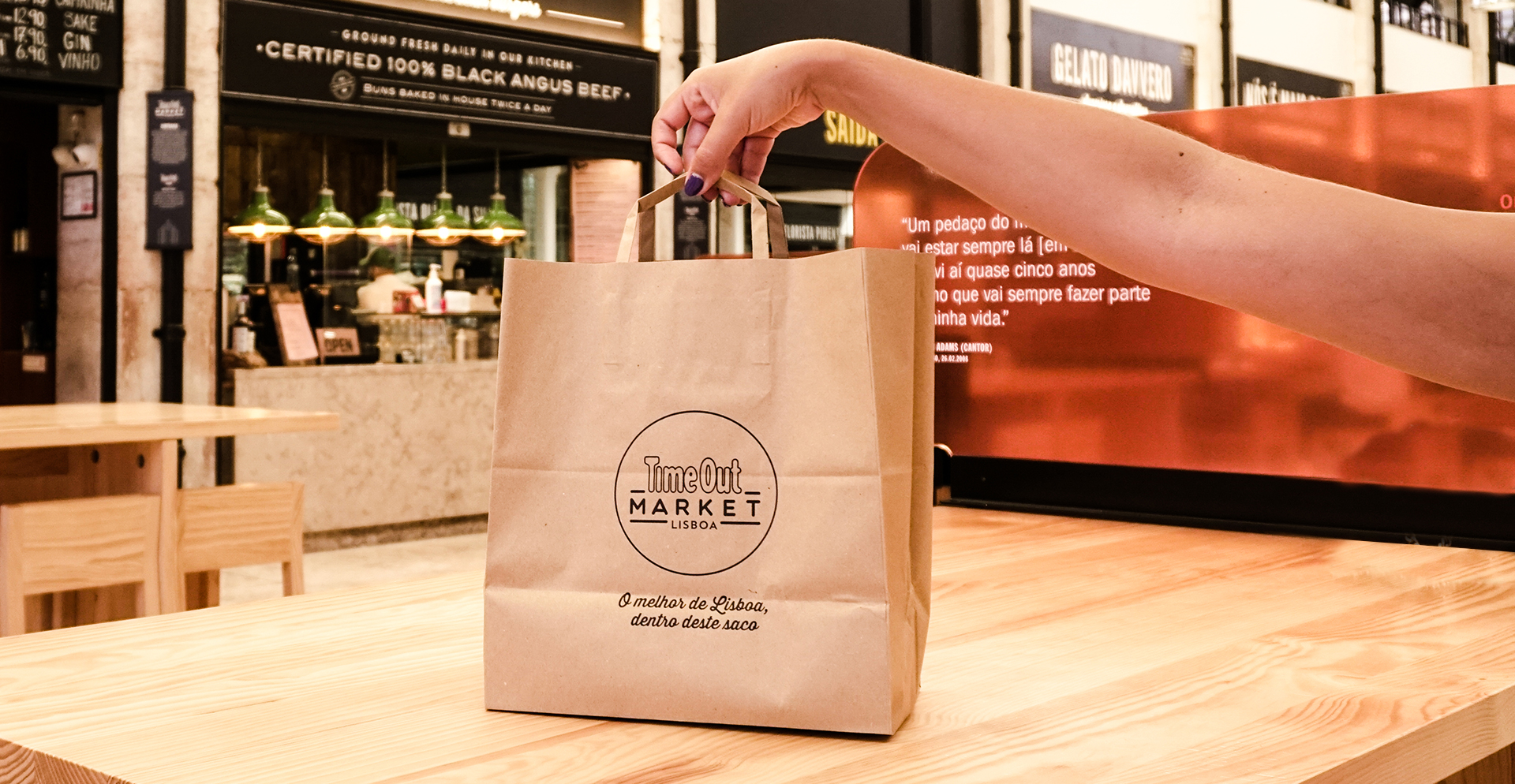 The best of Lisbon now in one bag at your house

While we already had the best chefs and restaurants under one roof, now we want to put them all in one bag and send them to your house. On plates, you understand. How many times have you had arguments at home about the food you’re going to order? There’s always someone who wants sushi, someone else who wants steak, and kids yelling for pizza or hamburger. From now on, those fights are over. Time Out Market Lisboa has joined forces with Glovo and created the first platform that allows you to request, all in the same order, food from several Time Out Market restaurants simultaneously. So in the same bag might come seafood from Marisqueira Azul, a steak from Café de São Bento, a creative dish from chef Alexandre Silva, a tub of Davvero ice cream or one of the famed egg puddings from Pudim do Abade, among many others. When it opened its doors in 2014, Time Out Market brought the best restaurants, chefs and shops in the city under one roof, that of the Mercado da Ribeira. In this current strange phase that we are all livnig through, although the market has prepared carefully for its reopening, adapting the space to the new safety rules, Time Out Market is aware that many people have not yet emerged fully from lockdown and are still hunkering down at home. We don’t want them to lack for anything, so we’ll bring some of the best dishes from the market to their homes or workplaces. Just open the Glovo app and choose from what is variously on offer from the follwing restaurants and chefs: Ground Burger, Zero Zero, Asian Lab, Bettina Corallo, Café de São Bento, Cozinha da Felicidade, Confraria, Croqueteria, Manteigaria – Pastéis de Nata, Gelato Davvero, Time Out Bar,but also the Chefs – Alexandre Silva, Henrique Sá Pessoa, Marlene Vieira and Miguel Castro e Silva -, Marisqueira Azul, Manteigaria Silva, Monte Mar, Nós é mais Bolos, L’eclair, O Pudim do Abade, Recordação de Sintra, O Surf & Turf, O Prego da Peixaria, Tartine, Sea Me and A Vida Portuguesa.
SHARE