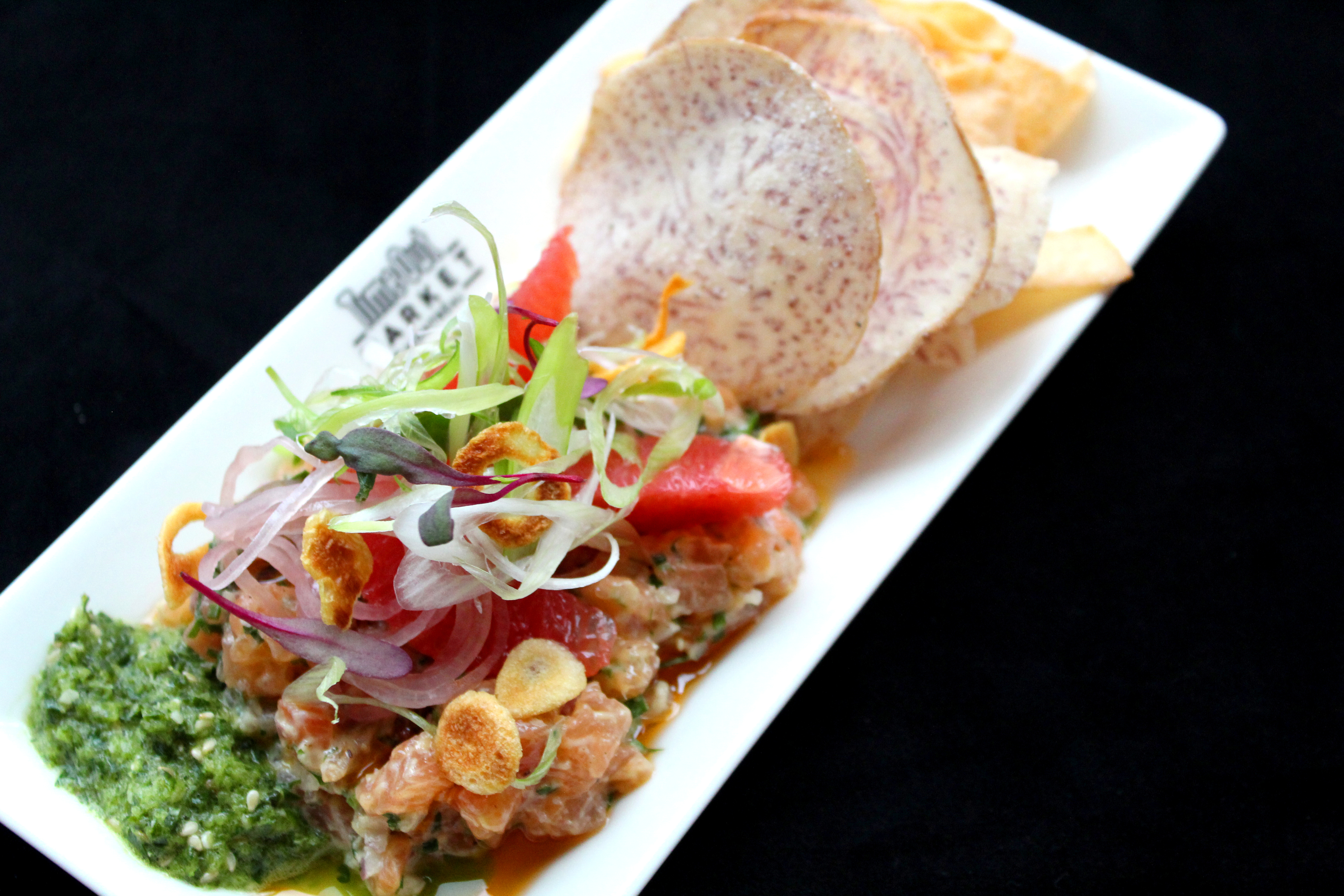 From the mind of Chanthy Yen

Today’s the day: Announced earlier this month, local and visitors to Montreal alike can now dine on a whole new menu at the market from chef Chanthy Yen.

Serving a pan-Canadian menu that pulls from his travels across the country and from personal memories of when his family acquainted themselves with food served in Canada through “scrappy and creative” reinventions, Yen is serving classics that diners will find both familiar and innovative.

Much like Time Out Market Montréal’s second latest arrival of Mezzmiz which brought a cosmopolitan Beirut style to Lebanese classics, Yen’s previously explained his food as dishes one might find at a casino: While there’s a classic steak-frites or shrimp cocktail, other ‘classics’ get spun in different directions like mussels and fries with a coconut white wine cream sauce, buttery whelks with a nori aioli, or flan with condensed milk and Vietnamese coffee caramel.

We’ve called Yen a rising star in Canada’s kitchens—some may think that’s a term reserved for young guns eager to prove themselves, but Yen helps to redefine it: After completing his culinary studies at the Northwest Culinary Academy in Vancouver, Yen worked with some of Canada’s best-known chefs, including Ned Bell from Yew Restaurant and Jefferson Alvarez of Secret Location (both in Vancouver).

After working in these Canadian kitchens, Yen expanded his repertoire by moving to San Sebastian in Spain to work at one of the world’s consistently top-rated restaurants, Mugaritz. He then spent a year learning about molecular gastronomy under the direction of Chef Andoni Luis Aduriz before conducting culinary research under the direction of chef Ferran Adria at his Bullipedia research center in Barcelona.

Since these experiences, Yen has operated restaurants and pop-up kitchens in Montreal before declaring his goals to cook for the king of Cambodia. He’s presently the executive chef at Tiramisu in Montreal’s Chinatown, the chef of Vancouver’s biggest vegan restaurant Nightshade, the personal chef to the prime minister, and now?

Now his food is up for grabs at Time Out Market Montréal.

If you got this far in the article, good job: Stay tuned for a special event coming up in late April where diners will be invited to a special prime ministerial dinner…