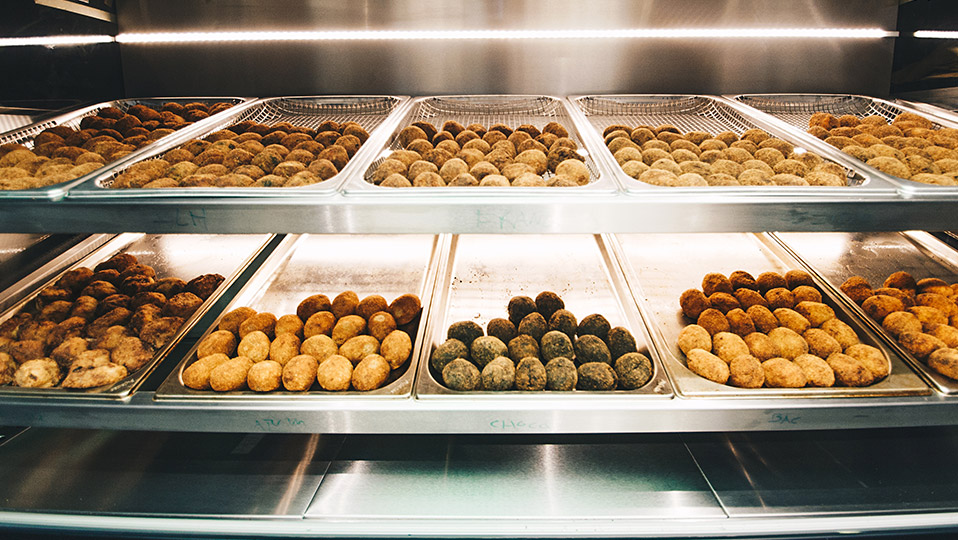 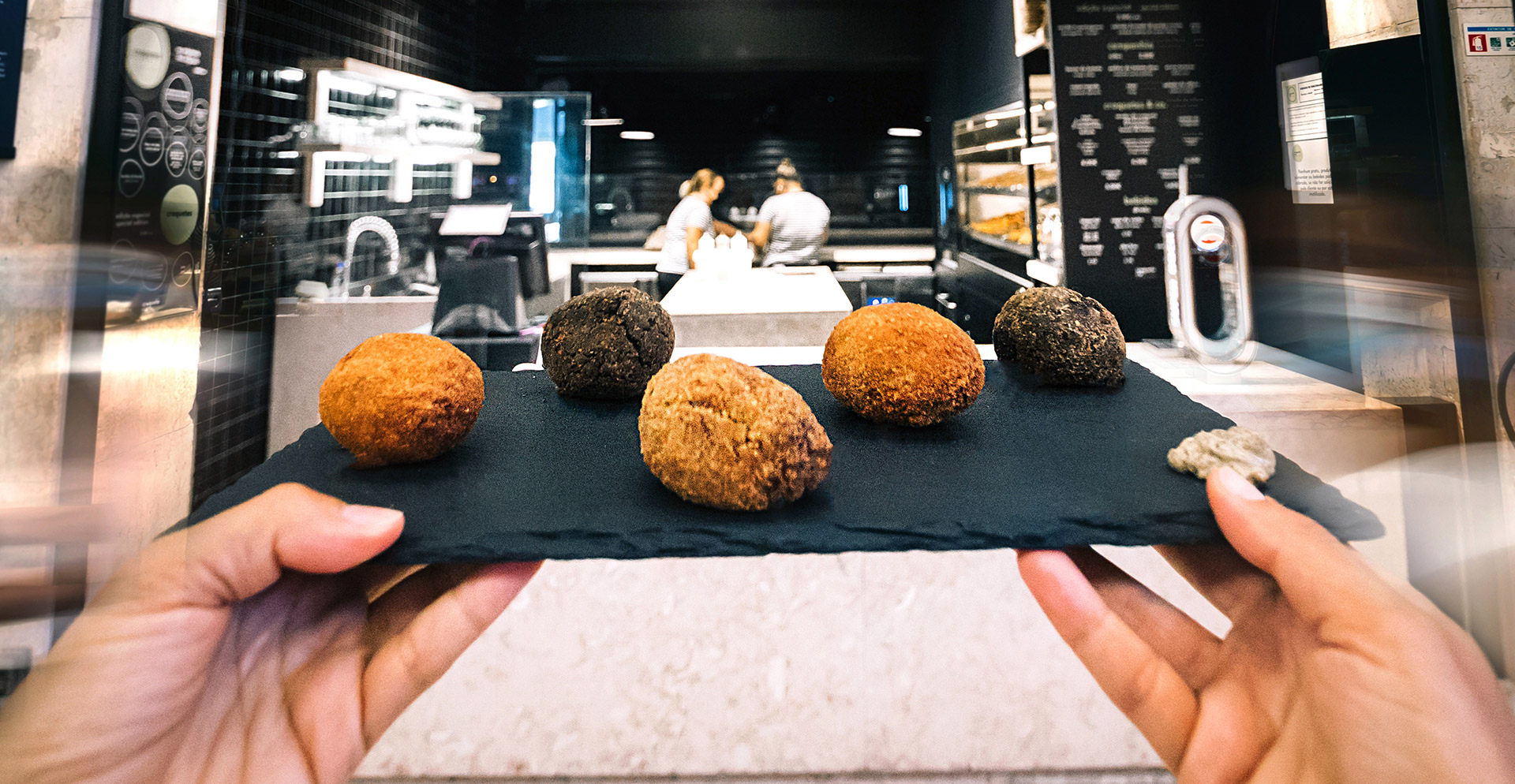 In fact, it has never left – just moved to a bigger home. Now it can be found in the middle of the food hall and its croquetes are better than ever. If there is a savoury snack that no local can resist, it is the croquete. We knew that six years ago when we chose the Croqueteria in a competition to find new candidates for spots in the Market, and we are even surer of it now, after we have spent six years sampling the creations of Manuel Castro Mendes and hearing all the praise that customers shower on them. At its new home, the Croqueteria continues to turn out lovely hot croquetes – now from the oven instead of the fryer – including classics such as minced pork, cuttlefish with ink, and bacalhau (salt cod) with chouriço sausage. The traditional meat croquete remains the top seller, but the others are not far behind. Now the competition has become ever fiercer with the arrival on the menu of some new types of croquetes to sample. For now, there are the cozido à portuguesa (traditional stew), the duck and the smoked salmon with cream cheese, but others are likely to come along soon. There are other new developments, too, including the sides. As well as rice, chips and salad there is now esparregado (garlicky creamed spinach) and sweet potato stick fries. And to drink there is the house wine (Quinta de Santo António) with the Croqueteria’s own label. In this return to business, the Croqueteria is also introducing venturing into desserts with a sweet croquete, a small chocolate ‘salami’ (chocolate biscuit cake) in the form of a croquete, affectionately dubbed the ‘Lisboeta’. Also on the horizon are Croquetes Bites – miniature croquetes served in a cone – and also a salad made with this mini-croquetes.
SHARE